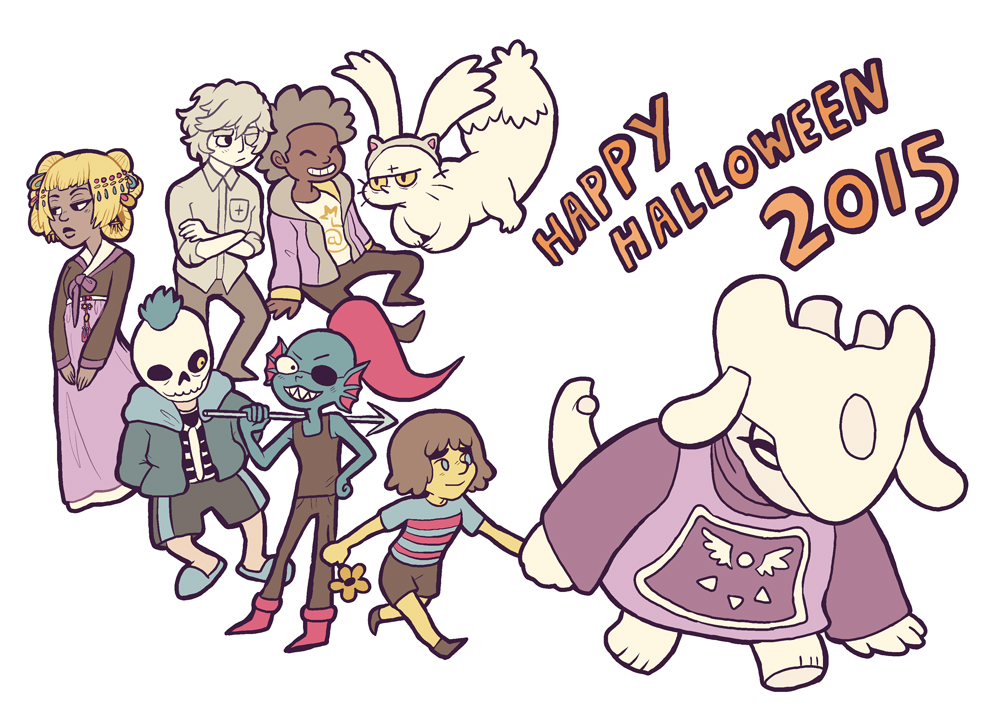 I'm taking my computer in for maintenance this morning, so I dedcided to update early just in case! But I should be all done by tonight!

Happy (early) Halloween! This year, the Monster Pulse kids dressed as characters from various indie games that I like a lot. I'll leave you to guess and name what characters they are, but I'll give you hints as to what games they're from!

West and Guuzy are dressed as characters from Hustle Cat, which you can support on Kickstarter right now!

Abel is dressed as a character from We Know The Devil, which you can play at Date Nighto!

Violet is dressed as a character from Hate Plus, the sequel to Analogue: A Hate Story, both of which are available on Steam!

Edward (the skull kid), Julie, Bina and Ayo are dressed as characters from Undertale, also available on Steam! If you haven't played Undertale yet, did you know that I did a few of the character designs for that game??? You should definitely play it.....