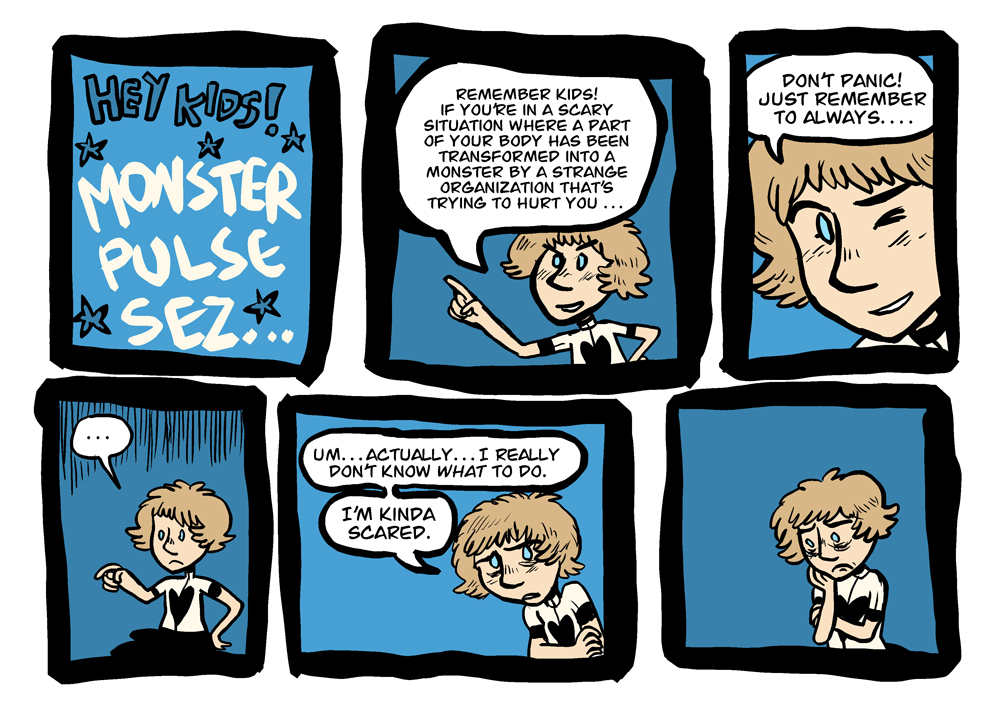 Monster Pulse Says
Posted January 25, 2012 at 12:00 am
As you may recall, the bonus color page for this chapter was at the beginning rather than the end, so there won(t be one now. HOWEVER, here(s a sketchy little comic I drew while my roommate was watching the old dub version of Sailor Moon. Sorry its so rough but THEM(S THE BREAKS

I(ve put up a simple little poll on the right of this blog, underneath the Fanart button! I(m curious to see which of the main characters you all are interested in the most.

I know it looks hard to read with the background color. To be totally honest with you guys, its a Wordpress plugin and I deal with Wordpress like I(m blindfolded and feeling around with a stick. Anything in this site layout that looks decent is a happy accident. I will try to figure out how to give it a different background thing though. Thanks for your patience.
Comments
Privacy Policy